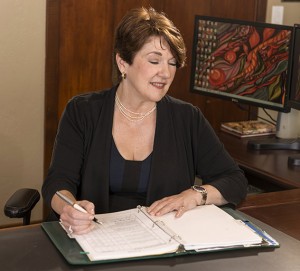 Deborah has been named Trial Lawyer of the Year twice by the Consumer Attorneys of San Diego (www.casd.org), the area’s professional membership organization specifically for civil plaintiff attorneys. She received the title first in 1996, and then again in 2006 for her work in three major professional negligence cases. Only a handful of other lawyers in the history of the organization have received the title twice.

California Lawyer Magazine, an official publication of the State Bar of California, named Deborah as a Lawyer of the Year (CLAY) in 1996

(http://www.callawyer.com/) and in 2002, the same magazine recognized her as one of the Top Ten Plaintiffs’ Legal Malpractice Attorneys in the state.

Deborah became certified as a legal specialist by the National Board of Civil Trial Advocacy (http://www.nblsc.us/) in 1999 and, in 2008, was inducted into the American Board of Trial Advocates (www.abota.org), whose membership is limited to the top one percent (1%) of trial lawyers in the United States.

Deborah is a Certified Legal Specialist (CLS) in two separate specialties: Civil Trial Advocacy and Legal Malpractice Law. (Link to Ms. Wolfe’s State Bar profile: http://members.calbar.ca.gov/search/member_detail.aspx?x=97971) To receive Certification in a legal specialty in California, the lawyer must first pass a rigorous test of knowledge in the specific area of the law, and then demonstrate that she has significant experience in the subject area. (See http://ls.calbar.ca.gov/LegalSpecialization.aspx for a list of requirements.) There are only 102 attorneys designated as Certified Legal Specialists in Legal Malpractice Law in the entire State of California, and Deborah was one of the first women to attain that distinction.

In addition, Deborah served by appointment as a member and finally as chair of the California State Bar Advisory Commission on Legal Malpractice, which administers and creates the specialty exam, and investigates candidates for purposes of being granted specialty status. (See http://ls.calbar.ca.gov/LegalSpecialization/AdvisoryLawCommissions.aspx#i)